We are so excited to show you Ben's progress as he regains his health.

We have seen a dramatic change in his demeanor in addition to the weight he is gaining and the muscle rebuilding.
He is getting 20 pounds of Dumor Equistages feed a day which means he eats about three bags of feed each week, 17 bags since his arrival.  He also gets 15-20 pounds of alfalfa and all the Bermunda hay he wants each day.  We also include one pound of Purina's Enrich Plus with provides 100% of his daily nutrients and the very important amino acids that promote muscle rebuilding.

He has been dewormed and on Tuesday will get his feet trimmed again.  That same day will will clean his sheath and soon will do his complete dentistry.  His dermatitis is gone and you can see how shiny his coat is.

Ben engages us and socializes with the other horses, comes when he is called (especially if we have a bucket in hand) and is far from the depressed horse that arrived on April 19th of this year.

Over the next few weeks we will reduce the pelleted feed and increase the alfalfa so he can get back to a 100% roughage diet once he has bulked out and at a normal weight for his height and age.

Click here to read read his story and arrival at EqWBR.

We can't thank everyone enough for being part of our family. Through your generous donations and support we have been able to help Ben and many others over the years.   See what you have done?

Blessing to you all!

Thanks to you EqWBR is awarded 2015 Top Non-Profit status

Yes, thanks to all those who wrote reviews, for the third year in a row, EqWBR is awarded a "Top-Rated Nonprofit" status from Great Nonprofits.  We received over 26 reviews in the last few weeks from donors, volunteers, clients, experts in the rescue industry and the public with 5 star ratings from everyone.

We couldn't be more humbled by the comments included in the reviews and are honored by all the love and support from each of you.

You make such a huge difference for horses in need!

Posted by Equine WellBeing Rescue, Inc. at 7:29 PM No comments:

It is with joyful excitement we announce the birth of Caramel's foal, a little colt we have named Avery.  He was born in the wee hours of the morning on April 26, 2015, and in the midst of the biggest spring thunderstorm and bad weather we have had this season.  This is what was rolling in as we hunkered the horses down in the barn the night of the 25th. Caramel was tucked safely in stall in a dry bed of straw out of the wind and rain. 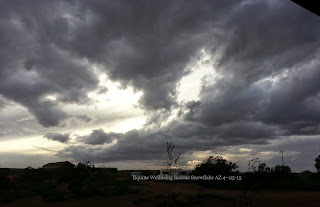 Meet Avery! A sweet black bay gelding who looks like a carbon copy of his mom.  His coloring is so beautiful with solid black along his back and shoulders that changes to a light beige on his belly and his coat feels like a soft velour blanket or plush toy.   He is long awaited and perfect in every way! 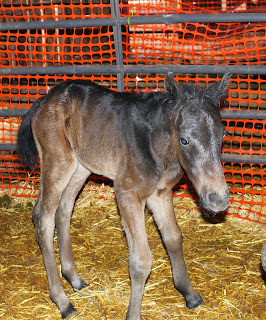 As soon as the sun came out we let them out of the barn to stretch their legs and so we could clean the stall without disturbing them.   Caramel is the ever gentle and caring mom. Avery was running around the enclosure at just a few hours old.  Exercise and movement is so good for them both. 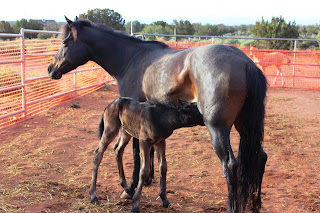 As expected Raylan and Kiotai were very curious about the new arrival. 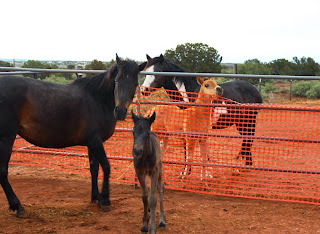 After a few days we let them out to the pasture to have even more room to roam and get to know the other horses.  Looks at the size difference between Raylan and Avery. 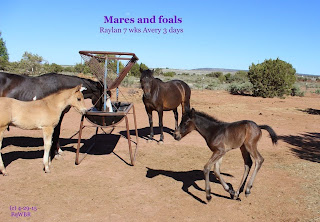 Like any boys, they play and rough house and it is hard to get work done around the barn with these two sweeties to cuddle and time slips away watching their antics. 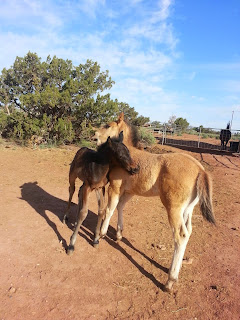 Though they are almost seven weeks apart I think the two of them will be best friends for a long time. Caramel is doing awesome and both moms have gained weight and look fabulous. Such a joy to have new life at Equine WellBeing Rescue as we now have horses ranging from newborn to almost 30 years old.

I close this post with a photo taken while Caramel and Avery were roaming the property. For a mare that came in from the Navajo reservation, used to roaming miles a day, her joy was complete being allowed to run with her new foal at her heels. 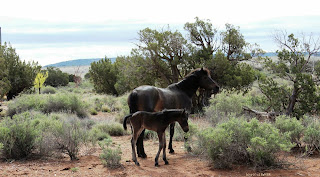 
Posted by Equine WellBeing Rescue, Inc. at 12:34 PM No comments:

On April 19th we reached out to help a local family with several horses who, while out on pasture, lost weight over the past few months.  We brought home Ben who was in the greatest need of assistance and our refeeding program for emaciated horses. Then we gave them 2000 pounds of hay to feed the remaining horses and burros while they reduce the their herd and find new homes for them.

Meet Ben, a Belgian draft horse that appears to be in his early twenties and at the time of intake weighed approximately 1350 pounds instead of the 1700-1800 pounds he should weigh. He stands 16.2 hands (66 inches) tall at the top of his withers (shoulder). 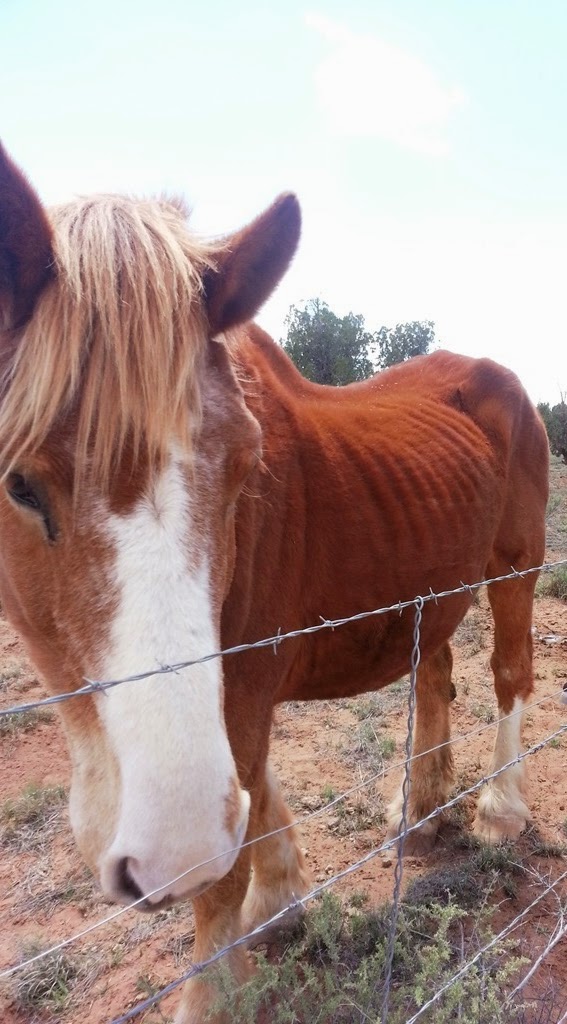 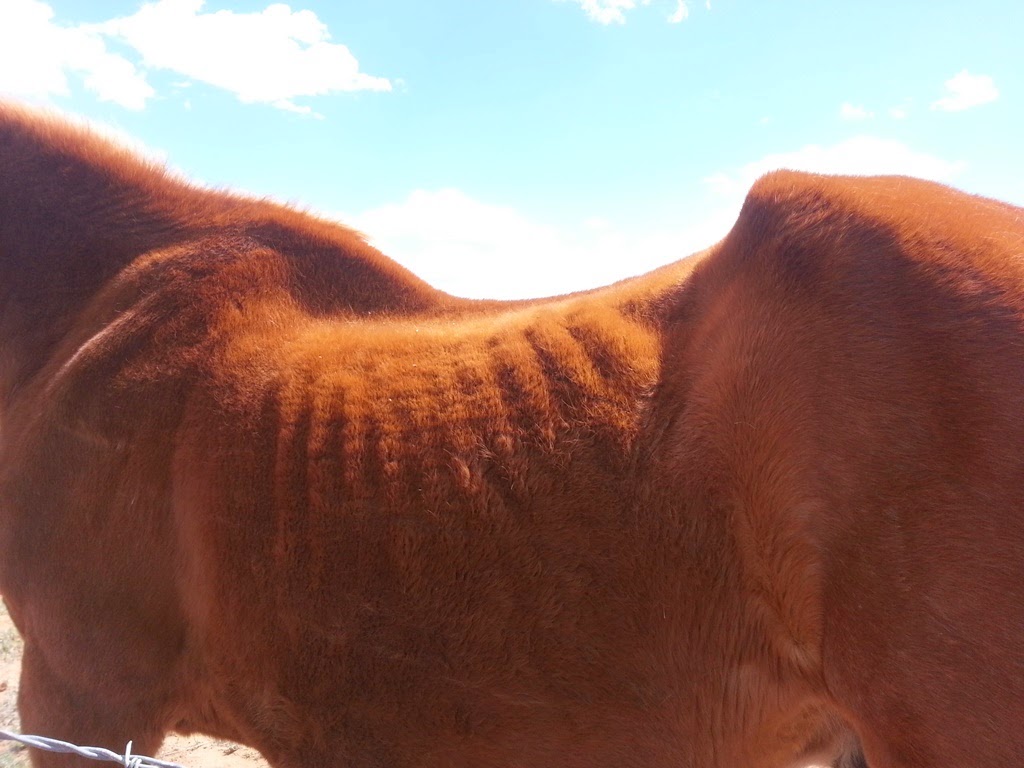 Based on the lack of muscle or fat over his shoulders, spine, hips and ribs his body condition score would be considered 1-2 on the Henneke scale, but it doesn't take a chart for us to see he is in serious need of groceries. When horses are this thin, they have used up their muscle and fat reserves, you need to feed them small meals often. So we started him with hay and soaked pellets every four hours and have increased the amount and time between feedings as he puts on weight. 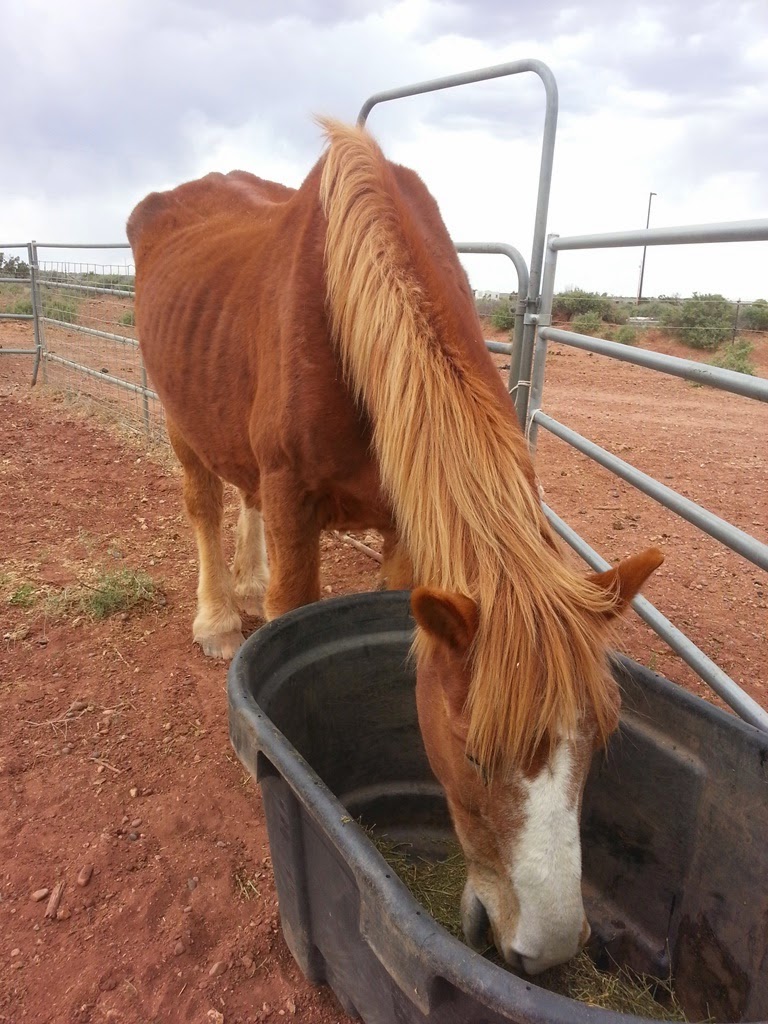 Ben was very depressed when he first got here which is not uncommon for a horse that has suffered malnutrition for any length of time. Some of the other side effects of malnutrition include large abdomen, muscle atrophy, diarrhea, dull expressionless eyes, laying down a lot, dull or shaggy coat that won't shed and/or skin conditions, parasite overload and not wanting to associate with the herd. Ben showed all these signs upon arrival.

To make matters worse his feet were also in need of immediate care so our farrier was called. The farrier said they had not been trimmed in over a year based on the length and depth of cracking. Portions were so long that Ben was tripping and dragging the toe on the ground without the strength to pick his foot up above the overgrown hoof.  Here are the before and after photos. 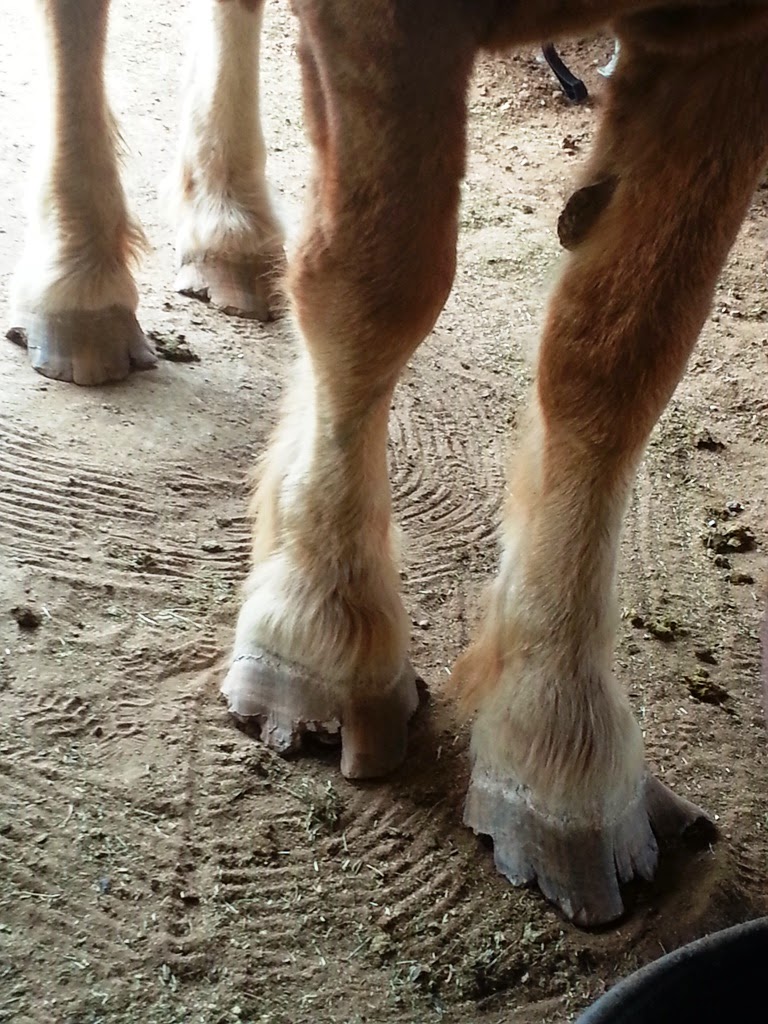 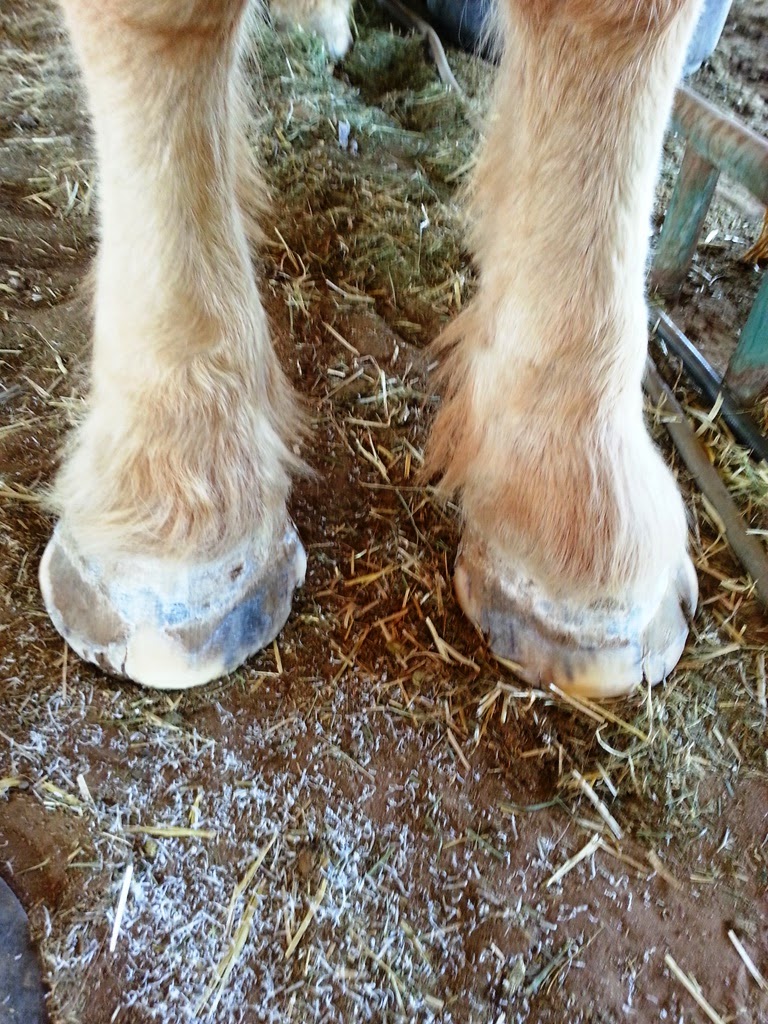 This photo shows you some, but not all to the pieces trimmed off his feet.  I put the quarter in for size comparison to give you an idea just how large the pieces were. 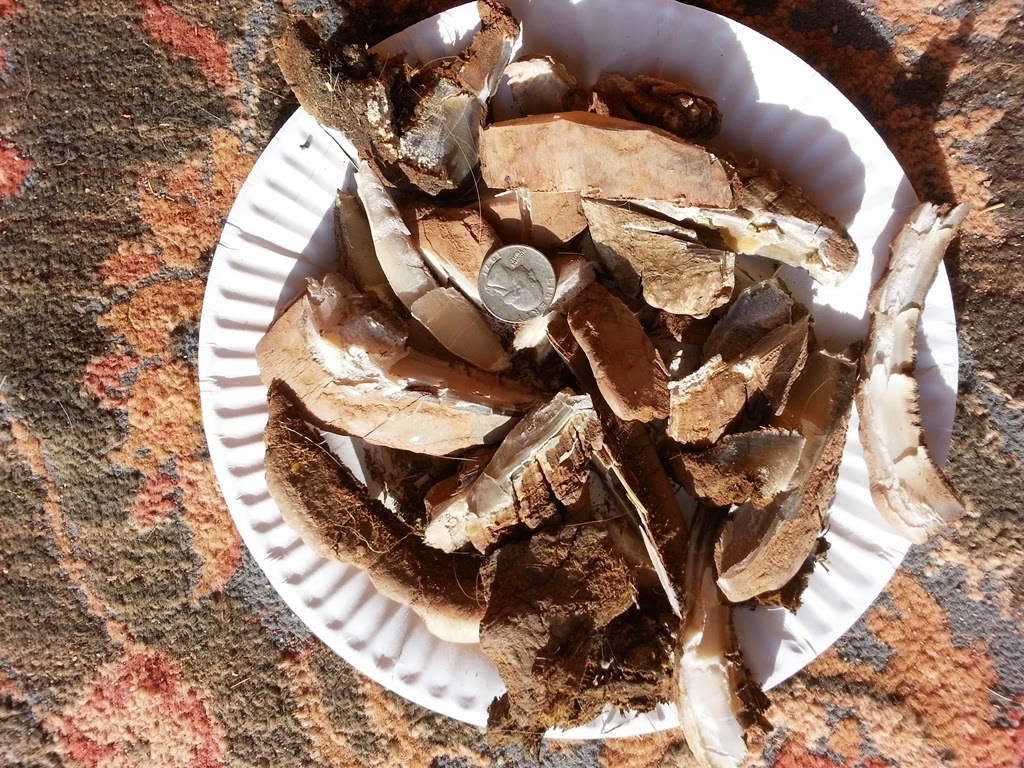 Now he can walk around without tripping and he loves to roam the pasture in between his naps.

After a week we did an initial deworming treatment at half the normal dose and followed up a week later with an addition larger dose. When a horse is this thin and already at risk of colic we don't want to over burden their stomach with dead worms as they expel them from their system which could potentially cause a toxic overload.  We will follow up 30 days from his last treatment with a fecal test to see if there is still a worm load.

Itching and shedding like crazy as the days have warmed into the 80's already this spring, as we brushed him we noticed the very poor condition of his coat and splotchy shedding.  Dr. Christianson was out to see him and prescribed a medicated shampoo to help address his skin issues. Luckily she had a bottle on hand and brought it with her.  We have coordinated his care since he arrived. 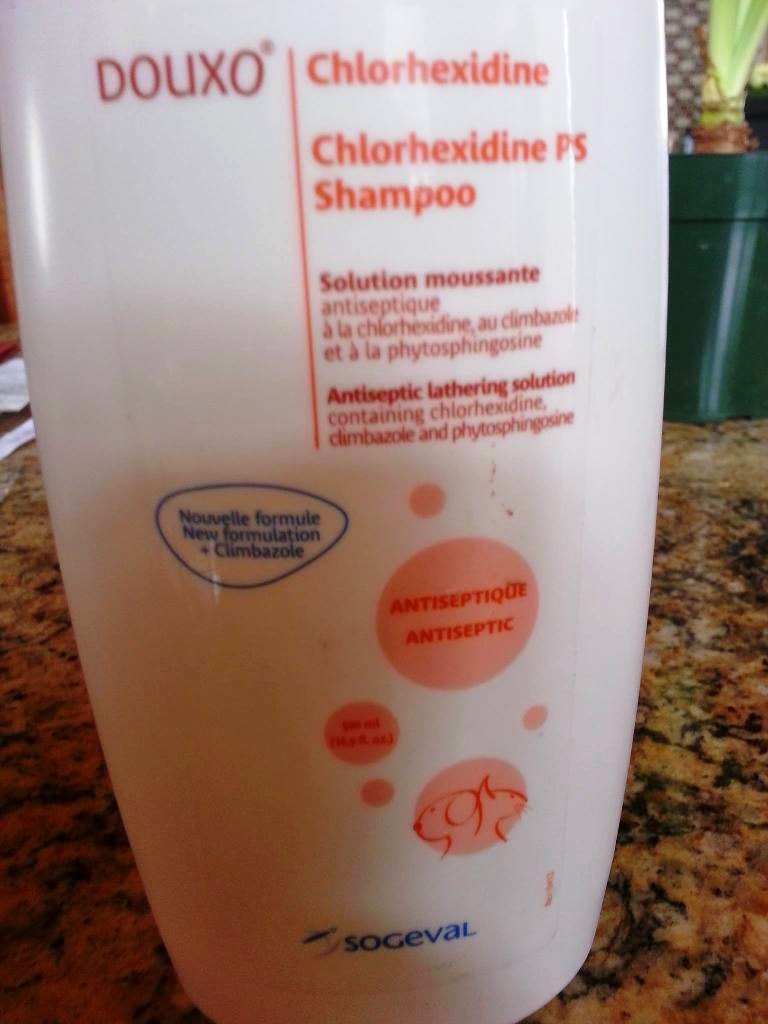 After a week of being solitary it was time to introduce him to his herd and let him socialize with other horses to help his mental health. We put him in the pasture with the mares and foals and Danny too. You can get an idea of just how big boned Ben is standing next to Danny, a full size horse. 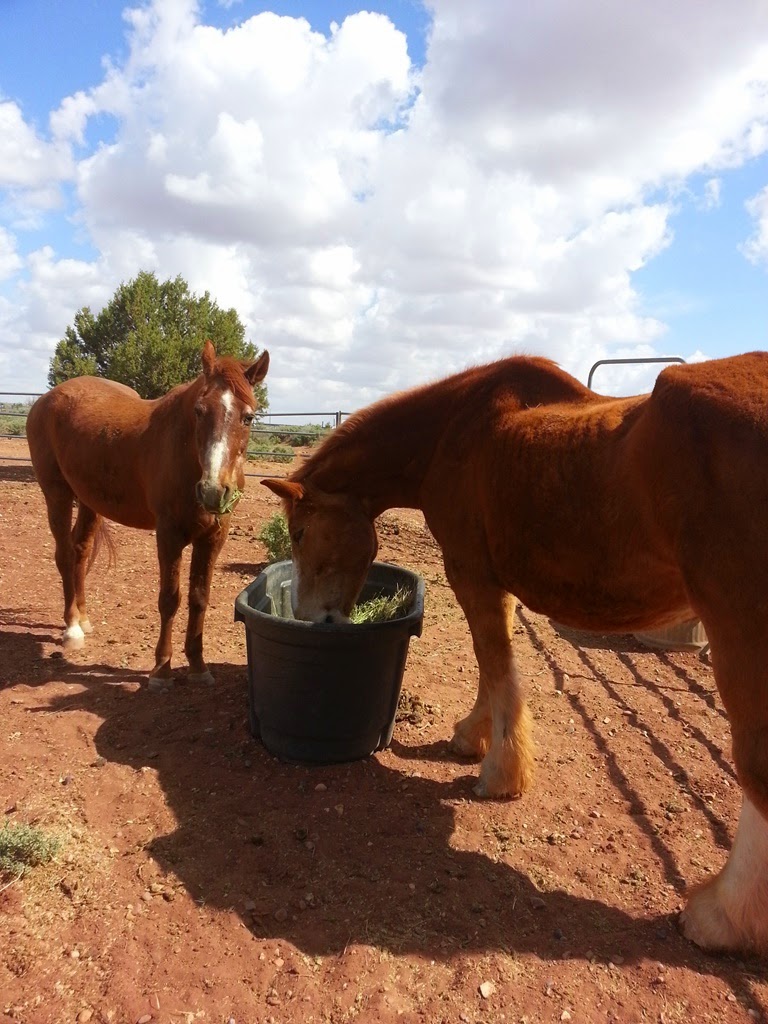 And here is a picture of him with Caramel's foal, Avery (who is just a week old in this photo). 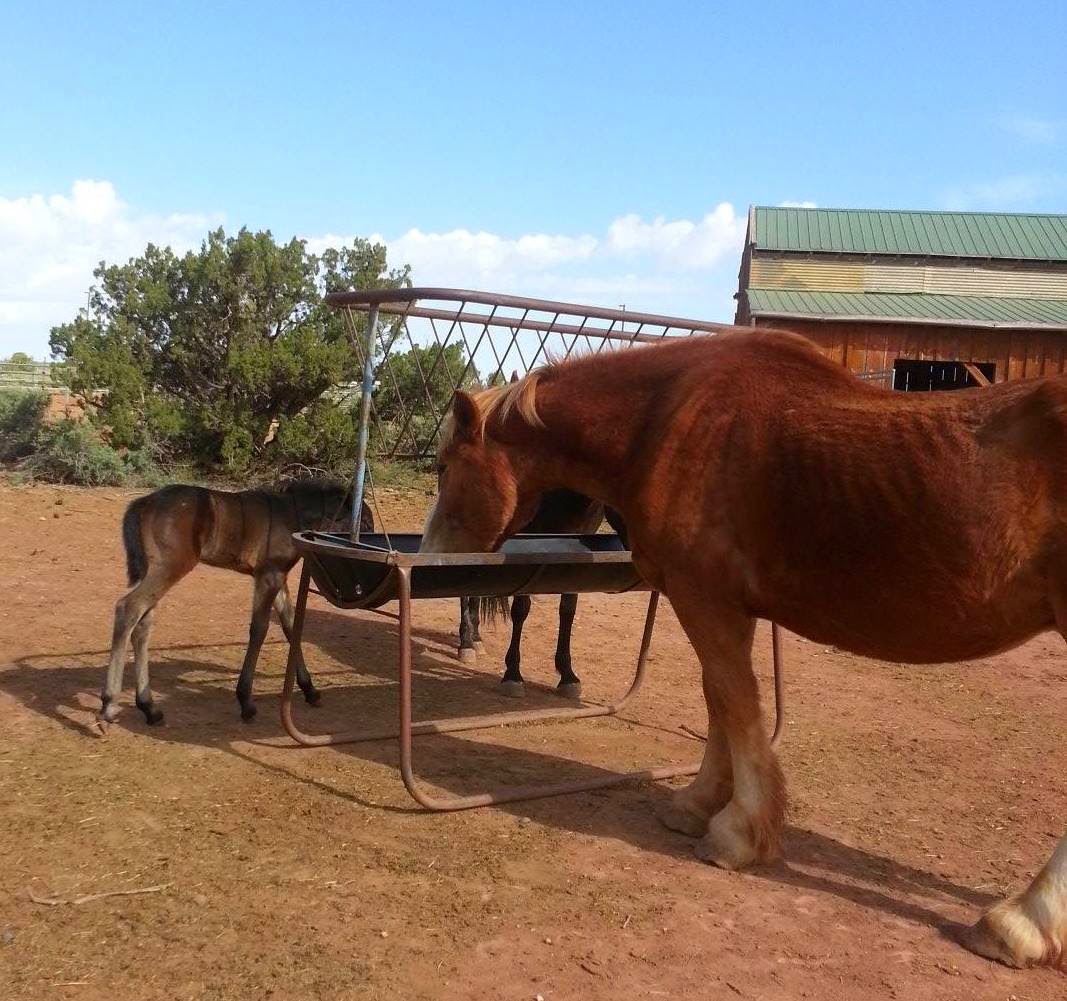 We have affectionately named him Uncle Ben when he is around the foals.  While he doesn't engage them up real close, I see him often standing guard over them as they sleep or when he is sleeping I see the foals napping not far from him so clearly they enjoy his company and the mares seem to enjoy the break from watching the kids. 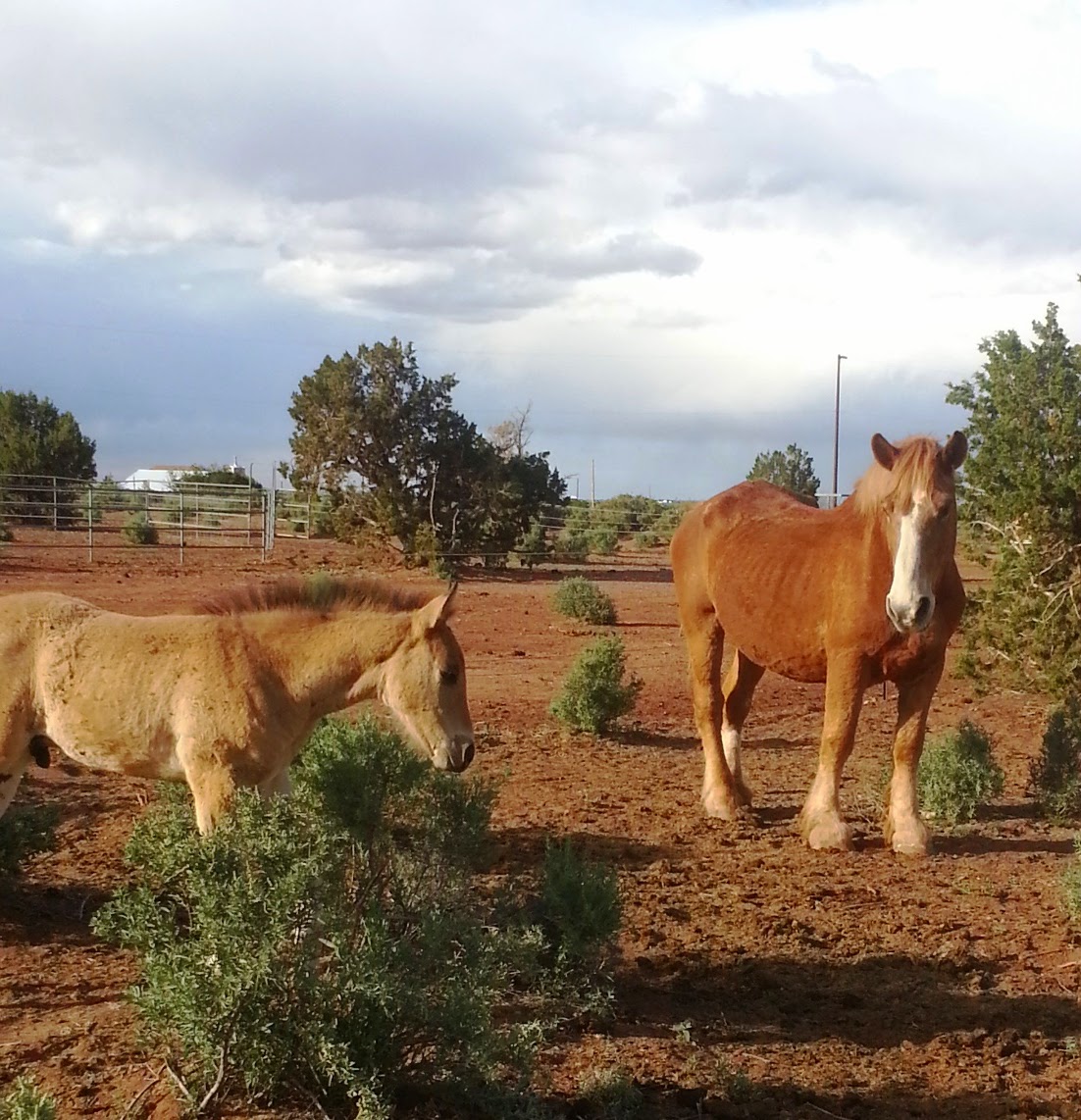 Ben has a long way to go. In the last two weeks he has gained 50 pounds and if I can continue a 25 pound per week weight gain it will take 16 weeks for him to reach a normal weight.  It will take his hooves much longer to be normal and we have no idea if there is any damage to his internal organs from the long-term lack of nutrition.  If we don't see a steady recovery we will pull blood for further diagnostics.  It takes a lot more food, soaked pellets, beet pulp, Enrich Plus and hay to feed a draft horse than other horses, almost double, so any donations to help provide for his care will help us help him.  We are asking for your help.

.   We are a 501c3 public charity so your donations are tax-deductible. We currently have 12 rescued horses we feed and care for at the ranch and others we help when we can.  All funds go to the horses.  We have no paid staff and a wonderful group of volunteers that is dedicated to caring for the horses.  We appreciate very much each dollar we receive and your wonderful, continued support.  Together we make a great team!

We thank you and Ben thanks you! 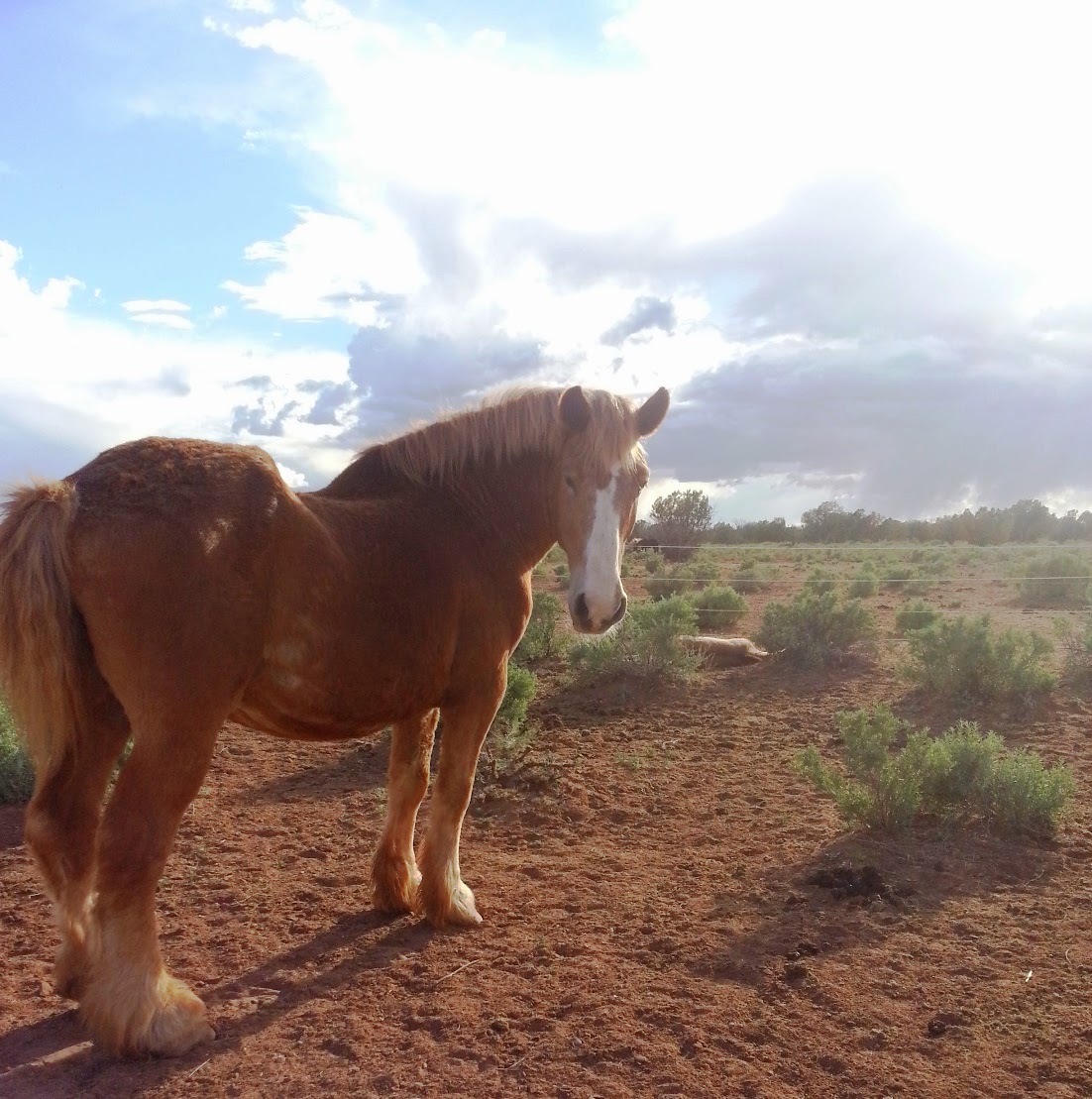 Ben watching over Raylan sleeping in the distance. 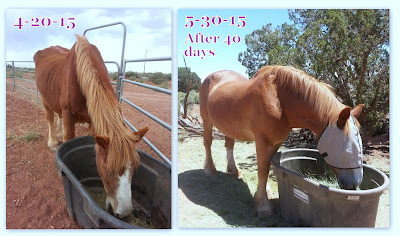 Posted by Equine WellBeing Rescue, Inc. at 3:50 PM No comments: